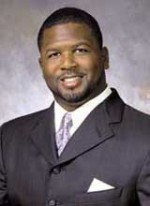 LeRoy Butler is a former American football strong safety who played his entire career with the Green Bay Packers (1990-2001).

Born on July 19, 1968, Butler spent his childhood in Jacksonville, Florida. His parents separated when he was a toddler, and his mother, Eunice, supported Butler and his four siblings by working first as a secretary and later as a nurse. The family lived in a small apartment in the crime-infested Blodgett Homes housing project on Jacksonville’s west side.

As a child, Butler’s problems went beyond poverty and crime. He was born so pigeon-toed that doctors had to break bones in both of his feet when he was only eight months to correct the problem. Walking was a major challenge for Butler, who spent much of his early youth in a wheelchair. Between the ages of six and eight, he was had to wear leg braces. He spent much of his early childhood gazing out the window watching neighborhood children play kickball—something he could not even imagine doing. At the time, doctors predicted that Butler would be lucky if he ever walked normally. Certainly, the notion of becoming a professional athlete was not in his foreseeable future.

By the time he was 10 years old, Butler was starring on the neighborhood football team. And, after junior high, he was recruited by football powerhouse Robert E. Lee High School on the other side of town. At Robert E. Lee, Butler earned seven varsity letters in all—three in football and two each in basketball and track. When he was a high school senior, Butler was a unanimous All-America pick, and he was heavily recruited by colleges all across the country. After accepting a football scholarship to Florida State University, Butler shared the defensive backfield for two years with two-sport superstar Deion Sanders.

During his 12 seasons with the Packers, Butler recorded 953 tackles, 38  interceptions, 553 return yards, 12 fumble recoveries, 3 defensive touchdowns and 20 1/2 sacks. He led or tied for the team lead in interceptions in five different seasons. He was the first defensive back in NFL history to gain entrance in the 20 Sack/20 Interception Club.﻿ 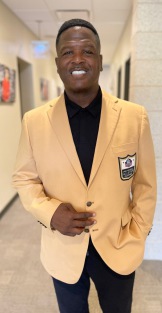